The Relationship between the Gut and the Brain

Typically, gut specialists (gastroenterologists) and the brain docs (psychiatrists) do not function under the premise that their specialties are in any way related.  However, new understandings have emerged which show a wonderfully interwoven, codependent relationship between what goes on in the gut and how well the brain functions.  The relationship is so profound, that I and many practitioners in the integrative, functional medicine community often refer to the famous quote by Hippocrates “all disease begins in the gut” when explaining why the search for the root cause of either a mental or physical ailment should begin there.

Let’s explore what these interconnections are between a variety of mental health conditions including depression, anxiety, autism, etc. and gut issues such as imbalanced gut flora, inflammation, poor absorption of nutrients, leaky gut syndrome & food sensitivities.

The Gut IS the Second Brain:  In the mid 1990’s, I learned from Dr. Michael Gershon, MD (professor of anatomy and cell biology at New York’s Columbia-Presbyterian Medical Center and author of the book The Second Brain) that the greatest  concentration of the mood-stabilizing neurotransmitter Serotonin is located in the gut.  That was my first clue to understanding the idea that if the intestines are not functioning optimally, the brain can’t be expected to do so. Then Dr. Gershon helped me realize that we actually have two nervous systems: our central nervous system composed of our brain and spinal cord, and the enteric nervous system which is the intrinsic nervous system of the GI tract, and both are created from identical tissue during our fetal development.  If that wasn’t enough to convince me that the gut was truly our “second brain”, once I learned that the Vagus nerve (which runs from the brain stem to the abdomen connecting these two organs) is the primary route our gut bacteria uses to transmit information to the brain, I was sold on just how essential it is to focus on gut health by populating it with good bacterial flora if we are to prevent or help recover individuals from both physical and mental disorders.

What is Gut Flora? The human GI tract contains trillions of bacteria that actually outnumber the cells that make up our body.  We begin developing populations of these bacteria during our passage through the birth canal and receive more beneficial organisms via breast feeding. Since the gut is the first line of defense against infections and toxins (and 80% of our immune system is located in the gut), the quality and number of good friendly bacteria established during this newborn period lays the foundation for one’s future health.

If the mother has abnormal vaginal bacteria, the child is born via cesarean or the baby is not breast feed, then left unaddressed, any or all of these circumstances will impact how the child’s immune system functions.

It is estimated that good friendly bacteria in our gut perform over 30 positive actions in the body including: crowding out bad organisms such as yeast and pathogenic bacteria, supporting immune function, assisting in the absorption of nutrients, protecting against food poisoning,  helping to breakdown & eliminate toxins (including heavy metals), synthesize B vitamins, keeps the integrity of the gut lining strong,  regulates bowel movements and  limits bacteria that produce cancer causing nitrates.  Also, since 80% of the mood- stabilizing neurotransmitter Serotonin is manufactured in the gut, these bacteria are also crucial for our mental health.

As long as the organisms in the gut live in harmony….meaning the good ones keep the bad ones in check, we have balance and a healthy gut. ­­­ However, when that delicate balance is disturbed (referred to as dysbiosis) as a result of not having a healthy inoculation from mom’s flora, taking excessive antibiotics (either orally or via antibiotic-treated animals we consume),  stress, consuming excess sugar, and eating processed or pesticide-laden food, our gut health, and therefore our overall health suffers.  Additionally, we now know the main chemical in Roundup (glyphosate, which is used on all genetically engineered food) has especially damaging effects on gut flora.

In Dec 2011 a study was published in the Journal of Neurogastrenterology & Motility showing that a type of gut bacteria (Bifidobacterium longum) had been shown to normalize anxiety in mice and in a different study the probiotic Lactobacillus rhamnousus lowered the level of the stress hormone coricosteorne resulting in reduced anxiety and depression related behavior.

In 2013 researchers at UCLA showed that healthy women who consumed a drink with 4 added probiotic strains twice a day for 4 weeks, showed significantly lower brain activity in the neural networks that help drive responses to sensory and emotional behavior.  “The knowledge that signals are sent from the intestine to the brain and that they can be modulated by a dietary change is likely to lead to an expansion of research aimed at finding new strategies to prevent or treat digestive, mental and neurological disorders”, said Dr. Emeran Mayer, a professor of medicine, physiology and psychiatry at UCLA and the study’s senior author.

You can see from these studies that having a healthy population of good bacteria greatly influences our mental health.  Luckily, repopulating the gut with good bacterial flora is an area we have tremendous control over at any age.

1. Avoid sugar, processed food and most grains.  Result: the nasty organisms in the gut will stop having a “feeding frenzy”, starve & eventually die off.   The ongoing inflammation (caused by the sugar, insulin roller coaster ride) from sugar- laden processed foods and grains will also be reduced which gives the gut a chance to heal.

2. Consume traditionally fermented unpasteurized foods.   Fermented foods are the best source of beneficial bacteria to help reseed the gut.  Choices include: cultured and or fermented vegetables (like homemade sauerkraut), Natto, fermented milk such as kefir and homemade yogurt.

3. If you do not include homemade fermented foods on a regular basis, take a high quality probiotic supplement with at least 10 -20 billion CFUs per capsule.

Leaky Gut Syndrome Can Lead to Disturbance in the Gut Brain Connection:  An overgrowth of nasty organisms in the gut, infection, toxicity, the overuse of non-steroidal anti-inflammatory medications (such as ibuprofen), food allergies and or stress can lead to a permeable gut membrane or “leaky gut syndrome”.   This condition allows undigested proteins, germs or toxic substances to enter the blood stream.  In addition to taxing the immune system (because it has to mount a defense in the form of antibodies against these foreign substances) this scenario can also trigger allergic reactions and cause pockets of inflammation throughout the body (arthritic symptoms). In some instances those substances pass through the blood brain barrier, mimic neurotransmitters and interfere with proper communication between the cells in the brain.

It is estimated that a very high percentage of children with autism have this condition.  When treated with probiotics, lifestyle and dietary changes (such as those recommended by neurologist Natasha Campbell-McBride, MD) using the GAPS (Gut And Psychology Syndrome) diet very positive changes occur in their behavior, speech and focus. The GAPS diet (Gut And Psychology Syndrome), a book written by Dr. McBride, involves repairing the gut by using organic whole foods, avoiding grains and sugars, including healthy fats and using potent probiotics especially from fermented food.

In addition to seeing remarkable changes in children with autism, I’ve worked with many adults  to heal their permeable or leaky gut membrane.  Patients frequently state that they have less joint pain, improved energy, less depression and anxiety  and in terms of mental focus they often state they feel “as if a veil has been lifted”.

Damaged Villi:  Yet, another association between the gut and brain stems from intestinal villi (finger like projections in the lining of intestinal tract).  When these become damaged as a results of inflammation, candida, food allergies or a lack of good friendly bacteria  they can no longer absorb the nutrients (such as Zinc, B6, Magnesium, Tryptophan) that are vital for the formation of neurotransmitters and optimal brain function.  If an individual has damaged villi and therefore lacks the ability to absorb nutrients properly the ramifications are wide ranged and affect both physical and mental health.

Inflammation:  Studies in recent years have shown that inflammation may be an underlying cause of depression and more specifically that depression is often associated with GI inflammation.   According to one study reprinted on www.greenmedinfo.com:

“… [A]n increasing number of clinical studies have shown that treating gastrointestinal inflammations with probiotics, vitamin B, D and omega 3 fatty acids (all anti-inflammatory agents), through attenuating pro-inflammatory stimuli to brain, may also improve depression symptoms and quality of life. All these findings justify an assumption that treating gastrointestinal inflammations may improve the efficacy of the currently used treatment modalities of depression and related diseases.”

What causes inflammation?  In addition to stress and exposure to toxins (both external and internal), a diet rich in processed food and unhealthy trans fats trigger inflammation.   However, if I had to isolate one substance that has the most profound impact on inflammation it would be sugar.    The ingestion of sugar with the subsequent release of insulin instigates an entire cascade of chemical reactions that promote chronic inflammation.

Summary:  In 1985 outpatient sales of antidepressants and antipsychotic medications in the US were approximately $500 million.  In 1988 Prozac, the first of the second generation of psychiatric drugs was introduced and by 2008 the sales of antidepressants and antipsychotic reached $24.2 billion per year.  Total sales of all psychotropic drugs in 2008 topped 40 billion! .  Today, according to the Harvard Health Blog, 1 in 10 Americans take a psychiatric drug on a regular basis.

Let there be no mistake, Anxiety, Autism, OCD, Depression and the like are real and should never be ignored, discounted or left untreated.

The issue here is, given what we now know regarding the importance of restoring gut health in order to influence and optimize brain health, does it not make sense to include testing and treatment of gut issues as part of a comprehensive approach to treating mental disorders?   I can’t think of a more common sense strategy to include!  I leave you with “The 3 R Approach to Healing the Gut” which is a tip taught to me by Dr. Jeffrey Bland, PhD,  the “father of integrative medicine”.

First “R”: Remove the offending trigger(s):  This could be sugar, candida, stress, heavy metals such as mercury, parasites, food allergens (such as gluten, soy, dairy etc.), pesticides in general (but specifically Glyphosate contained in Roundup and used on all GE crops) etc.

Second “R”: Re-inoculate with good bacterial flora via fermented foods (which have the highest concentration of good bacteria) and or take a high quality probiotic with at least 10-20 billion CFU’s per capsule

Bio: Maureen McDonnell has been a holistic, nutritionally-oriented RN for 37 years.  She is the health editor of WNC Woman Magazine and the co-founder of Saving Our Kids, Healing Our Planet (SOKHOP.com).  Currently she is presenting weekly classes on her 5 Top Strategies for Optimizing Your Health in 2015.  See page for dates and locations. She is an Executive Area Manager with Arbonne International and can be reached here. 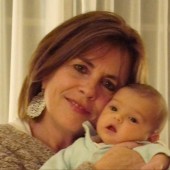 I am a registered nurse with a strong interest in helping to reverse the escalating number of children affected by chronic illnesses. After coordinating the Defeat Autism Now! Conferences for 10 years, I joined forces with Jill Urwick to form Saving Our Kids, Healing Our Planet. This website and our conferences focus on the role nutrition and toxins in the environment are playing in Autism, ADHD, childhood cancers, etc. More importantly, our goal is to offer solution-based information that is both practical and affordable.

Life in the Sunshine State ~ Wasn’t So Sunny!

Natural Ways to to Boost a Child’s Immunity

Super Foods for a Healthy Family

What Do Cigarettes, Sugar and Vaccines Have in Common?

What Can Be Done to Prevent Autism Now?

The Relationship between the Gut and the Brain